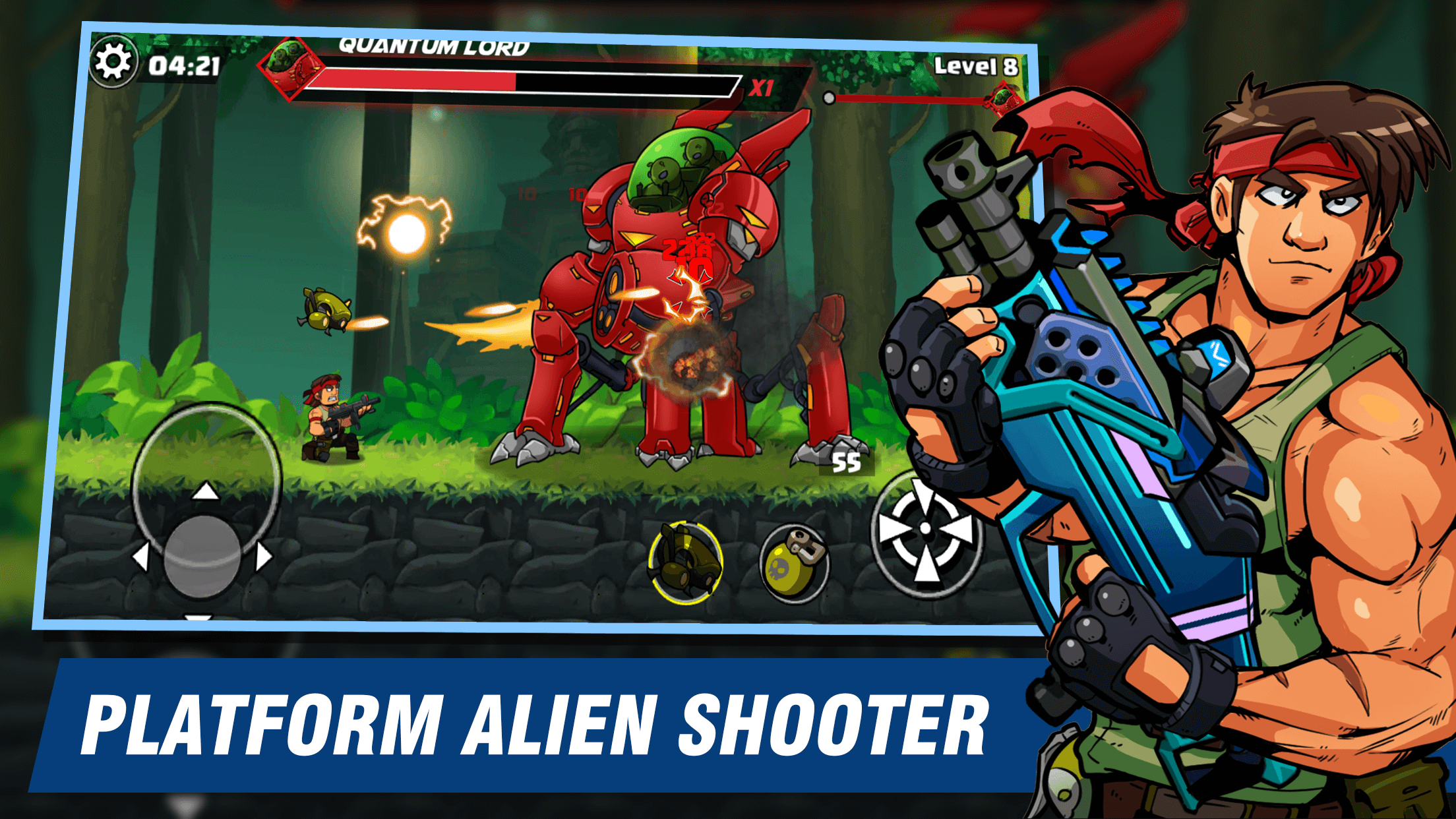 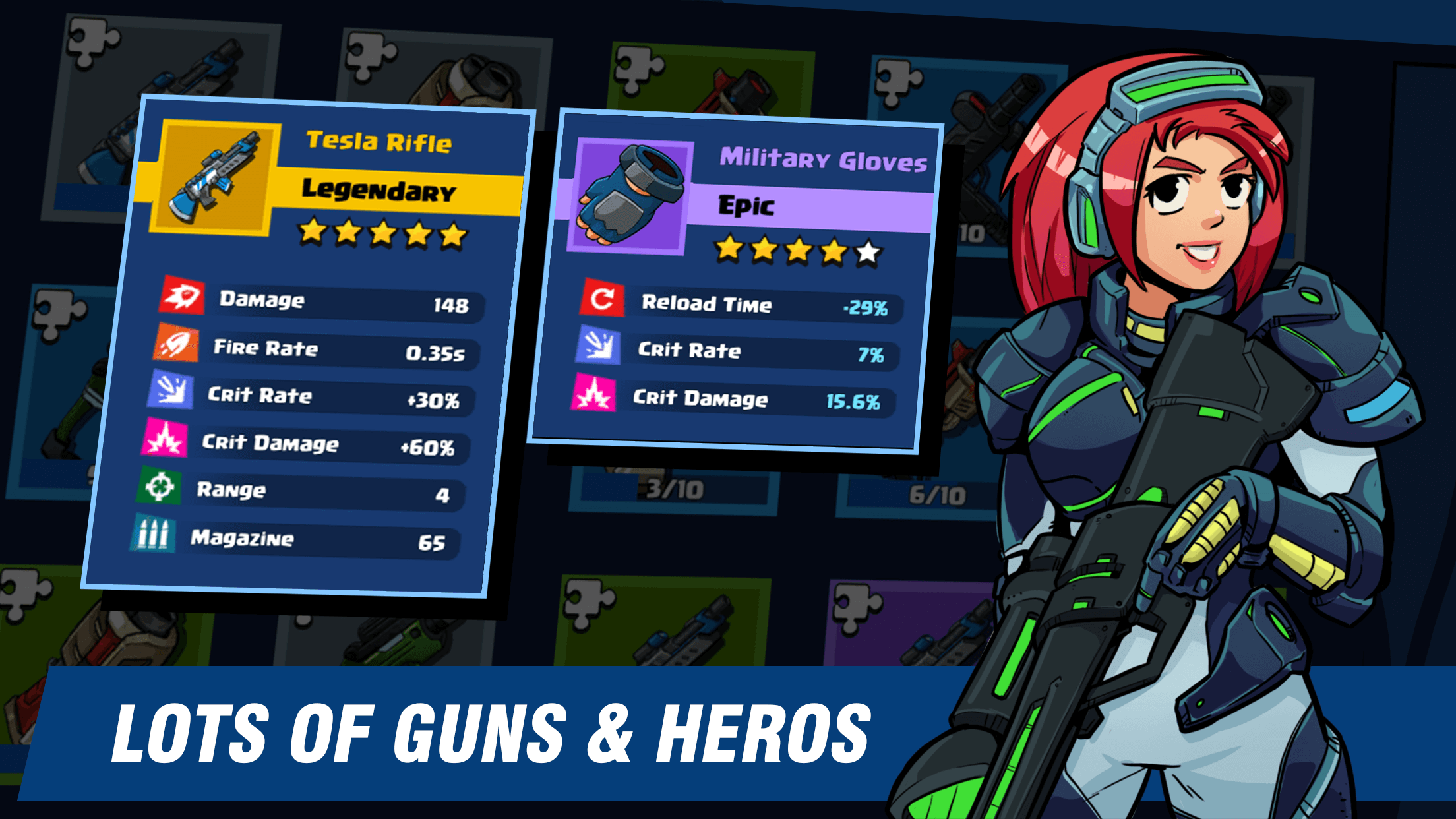 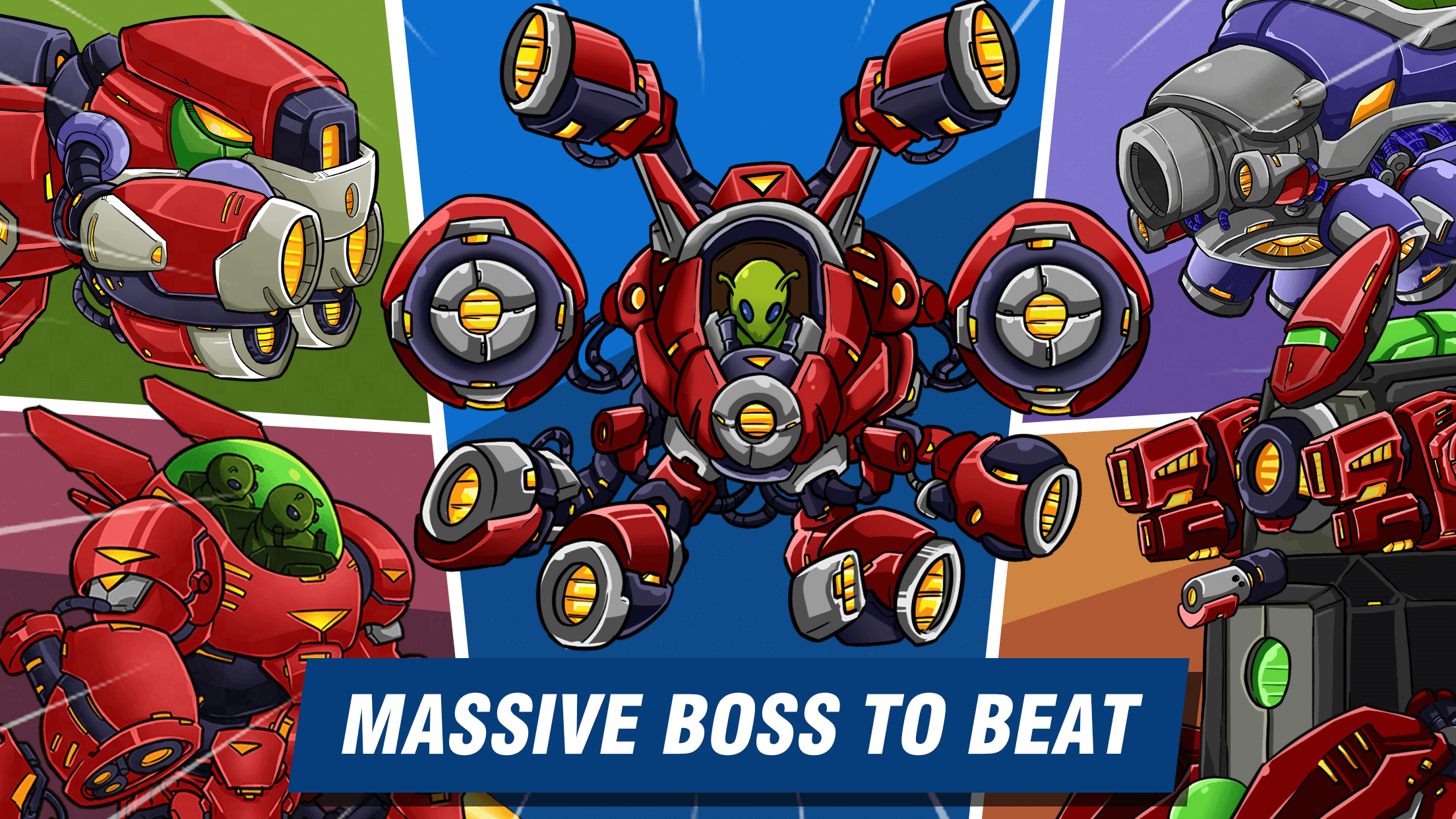 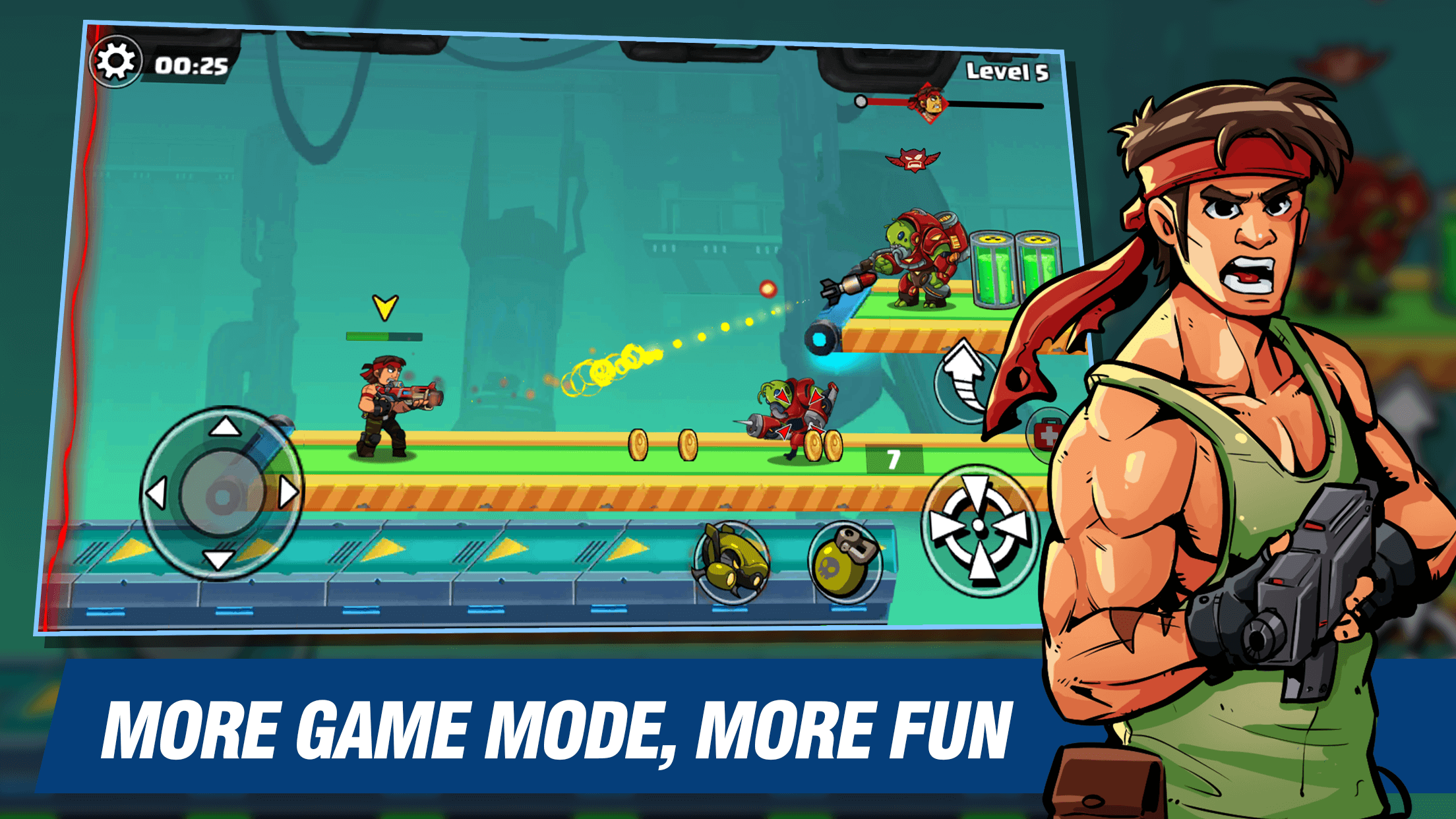 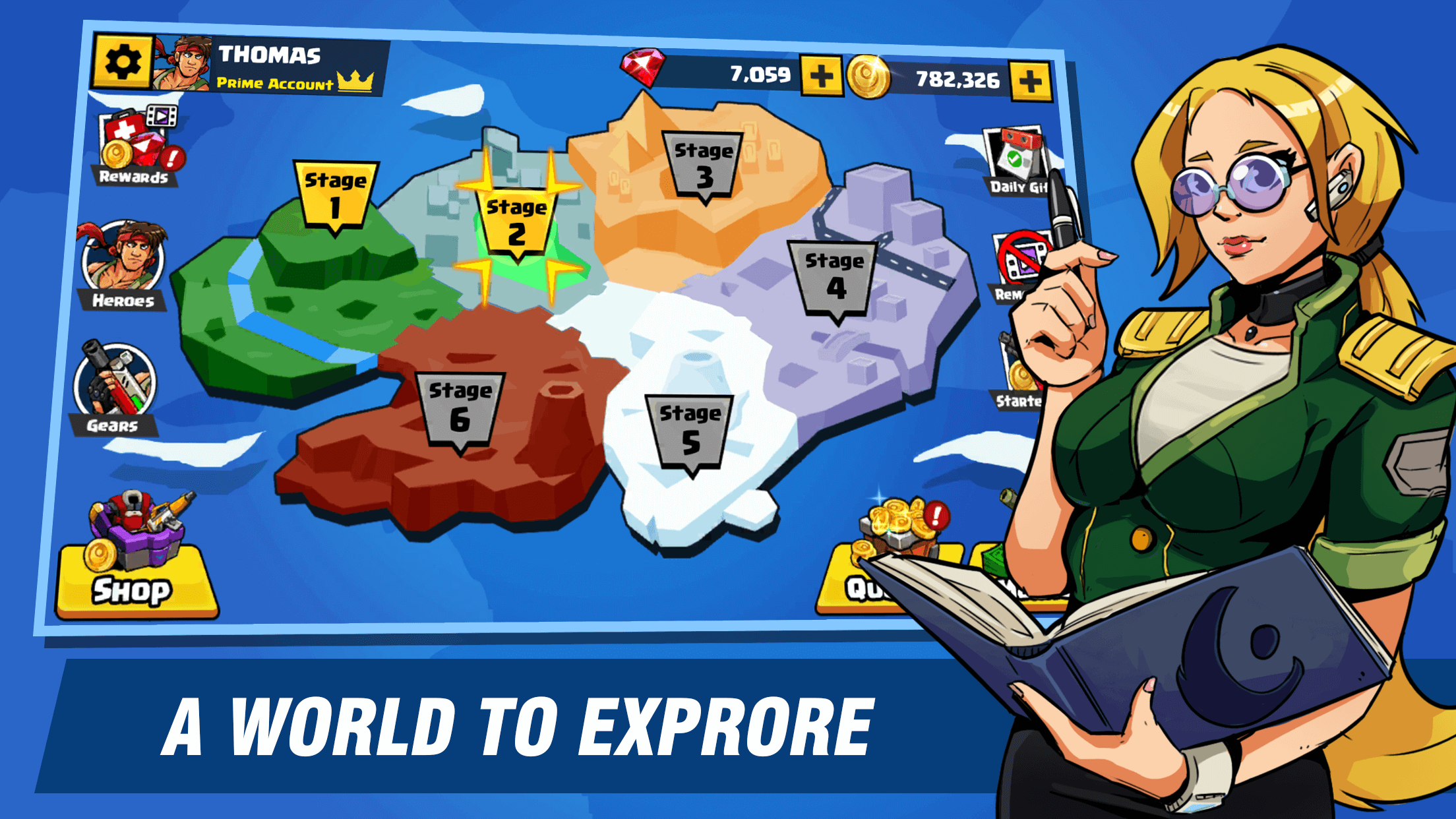 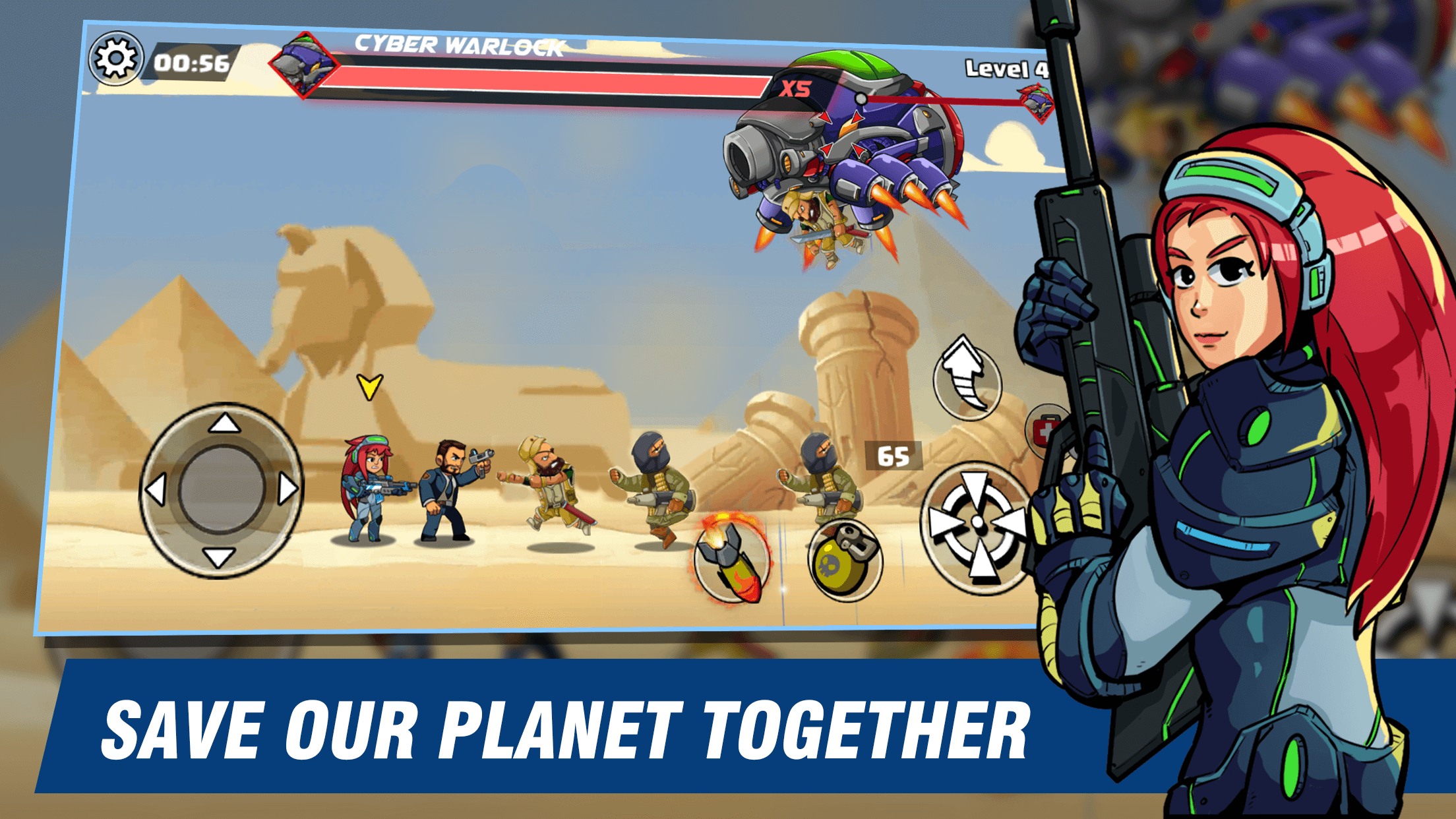 Choose your commando or mercenaries trying to finish their mission to save the world, then go home and take a well-deserved nap.

There are different classes, and you’ll unlock more as you play along. Whoever you’re playing as though, the idea is the same – shoot everything and don’t get shot.
Different enemies have different patterns of attack, which is great when you’re fighting them one on one, but once there’s more than a few on the screen you’re going to be jumping and running your way through storms of bullets from every angle.

★ Brother squad is a new game action shooter with classical Run ‘n’ gun gameplay.
★ Use the pad to move around and tap to jump and shoot. Use special guns and character’s skill to defeat Alien Forces
★ Precise and Customizable Controls!
The Autofire function allows you to fire continuously by holding down the Shot button.
★ Colourful, fun, HD graphics with great animation.
★ Great music that elevates the action and mayhem.
★ Unlock and upgrade 20 guns! Includes weapons you fabricate and collected from defeating Alien Forces
● M4A1
● AK 47
● Shotgun – best weapon to blow Aliens
● M249
● And more weapon help you survival
★ You get crates when you complete missions, and inside of those you’ll find new gear.You’ll need to upgrade them as well for attack aliens